The Effect of Quantum Computing on Cybersecurity

You are here:
Emerging Technologies 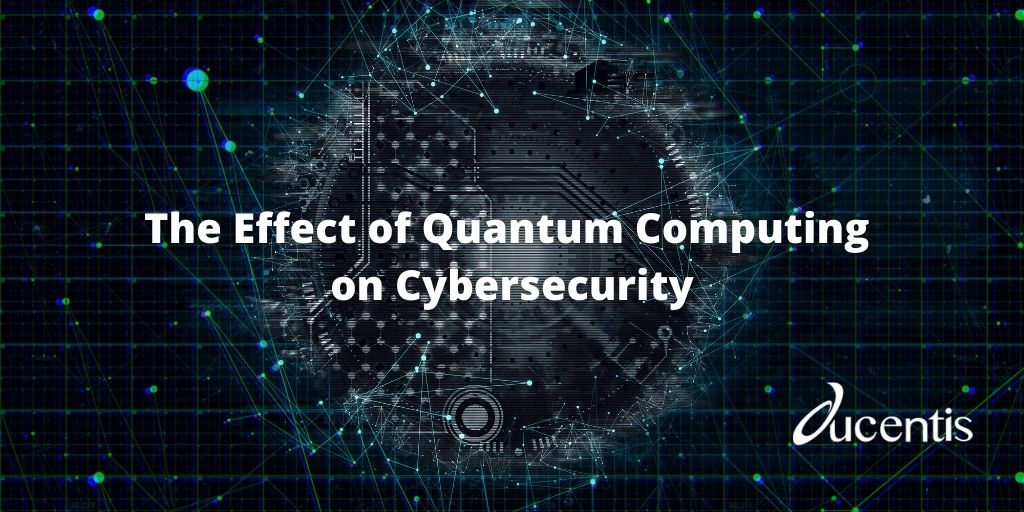 What are the potential dangers of Quantum computing?

With the rise of quantum computing, current encryption methods will need to be changed as algorithms are based on complicated mathematical problems, such as factoring large numbers, which can take thousands of years on today’s most powerful supercomputers. Cybersecurity’s concern is when quantum computers will be able to solve these mathematically based encryption methods in a fraction of the time.

How is it different?

The basic difference between Quantum and traditional computers is how they process data. Traditional Computers use the binary system, which means they are built up of digital bits that can have a value of either 1 or 0. Quantum Computers, however, are built up of quantum bits, also called qubits. These qubits can exist in multiple states at once because of certain specific physical properties, meaning a qubit can represent the value 1, 0, or 1 and 0 simultaneously.

The Sycamore chip (a processor developed by google) works with 54 qubits. Quantum Computers work on many computations in parallel and exponentially speed up the time it takes to process a task. Quantum Computers can solve problems that had been far too intensive, even for current supercomputers, to calculate. More information can be found here: https://ai.googleblog.com/2019/10/quantum-supremacy-using-programmable.html

Why is it a threat?

Quantum computers’ power represents a threat when faced with problems that are not supposed to be solved. For example, Cryptography generally relies highly on complex mathematics. Tasks considered computationally infeasible by a conventional computer becomes easy and compromises existing cryptographic algorithms used across the board. Current Cryptographic algorithms will not withstand the arrival of the quantum computer as such, these will need to be replaced in the coming years by a new set of quantum-resistant algorithms, also known as post-quantum algorithms.

There are cryptographic technologies today, such as Quantum Random Number Generators or QRNGs, which provide high entropy and a true source of randomness by leveraging principles from quantum physics. Quantum Resistant Algorithms or QRA’s have been designed to remain secure in a post-quantum world. These QRA’s come from a range of mathematical ideas and principles but broadly fit into three categories: lattice cryptosystems, code-based systems, and multivariate systems. Additionally, Quantum Key Distribution or QKD is one of the most robust forms of cryptographic protection as it utilizes physics, not math, to encrypt data. The reason security of QKD is so strong its ability to detect any instruction on the QKD transmissions. It is because of photons’ unique and fragile properties, any third party who tries to read or copy the photons in any way will change the photons’ state. The change can then be detected by endpoints that alert them that the key has been tampered with and discarded. Thus a new key is then transmitted & because the generated keys are truly random they are protected from future hacking attempts. Quantum computing is still in its early stages so we won’t feasibly see anything commercial for years or even decades.

Ducentis is committed to giving your company a competitive edge through technology.

If you want to know more about today’s leading technology and how it can be utilised by your company, contact us today at 1300 613 202, or organise a free workshop with us!